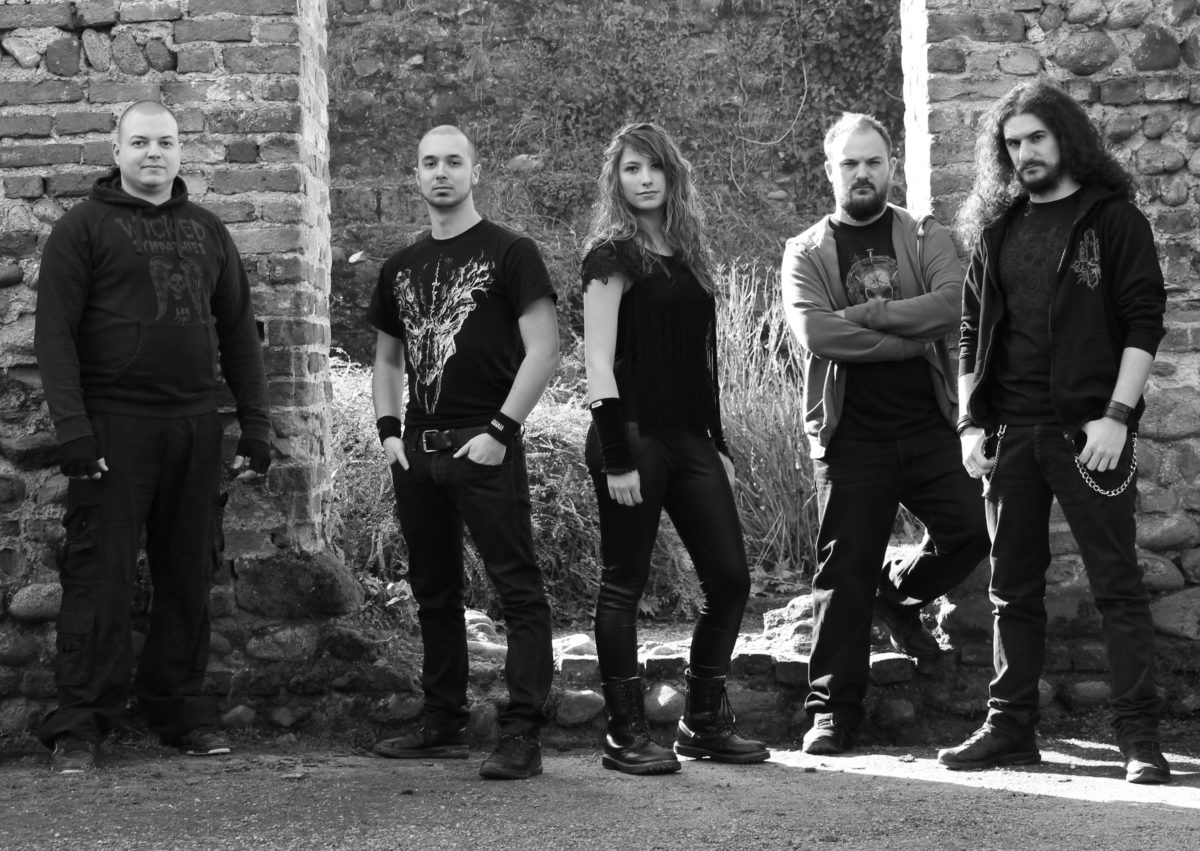 HaddaH borns in 2001 and debuts live at well-known metal clubs, as Rainbow Club (Milan), Thunder Road (Codevilla) and Transilvania Live (Milan). HaddaH participates to many festivals, such as the Distortion 2 Days 2005 and the Absolute Rock Festival 2005, sharing the stage with several bands as SKW, Crust (Sadist’s side project), MoRkObOt, Guilty Method, Yak and many more.

In 2005 “From Happiness To Disgrace” EP is released (“demo of the month” for Metal Maniac magazine Jan.2006). FHTD is recorded and mastered by Max Lotti (Komaday, Time Machine, Valas, Macbeth, Drakkar) at JRS Studio (Milan). The sound, influenced by American numetal and metalcore both, is embellished by female vocals and samples.

In 2007 the demo “Sun?” is produced, recorded and mastered at the Mofo Studio (Piacenza) by Marco Gandolfi (Bobby Kimball, Carmine Appice, Ken Hensley, Bernie Marsden and many others). Compared to the beginning, the sound becomes more aggressive and “European”.

In 2010, with a new lineup, HaddaH joins death metal to all intents, with an additional melodic component that emerges from lyrics, inspired by epic and mythological themes. In 2011 HaddaH releases the promo CD “Evangelia”.

HaddaH shares the stage with bands like Cadaveric Crematorium, Masha/Exilia, Hammercult and Sepultura. HaddaH also ranks as semifinalist at Metal For Emergency Contest 2013.

Even in 2013, working again with Marco Gandolfi (Mofo Studio), HaddaH enters the studio to record the first full length album titled “Through The Gates Of Evangelia”. For the album distribution, the band signs a deal with the historic Italian label Beyond…Productions that, headed by Giovanni Indorato, has worked with bands as Sadist, Theatres des Vampires, Drastique, Infection Code and many more. The album is released on 12th May 2014 in Italy, and on 2nd June worldwide. Follow 2 official videoclips and intense live activity, supporting Morgoth, Electrocution, Cripple Bastards, The Monolith Deathcult, Death Mechanism and Bulldozer.

At the end of 2014, Francesca Tosi joins Alessandro Carella on vocals. Her appearance is officialized with the releasing of “Path to Nefrath” EP, recorded at Kreative Klan/Bunkker Univers studio in Verona, distributed by Kreative Klan from 25th June 2015.

Sharing the same stage of bands as Extrema, Warmblood, SKW and Atlas Pain, the live activity continues strongly. In 2017 Marcello decides to leave the band for other projects; in parallel with the searching for a substitute, HaddaH focuses on the drafting of the songs that will compose the new album, currently work in progress.

﻿
This websites uses its own and third-party cookies to provide you the best browsing experience. Advertising or commercial info are not collected. AcceptPrivacy policy